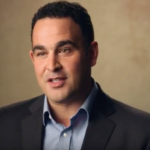 Dubbed by NBC News as the “prodigy of drug politics,” author, consultant, advisor to three U.S. presidential administrations, and assistant professor, Kevin A. Sabet, Ph.D., has studied, researched, written about, and implemented drug policy for more than 20 years. He is currently the President and CEO of SAM (Smart Approaches to Marijuana), a non-profit organization he founded with Congressman Patrick Kennedy and David Frum. His book, Reefer Sanity: Seven Great Myths About Marijuana, was published by Beaufort (Midpoint) in 2013, and will be released in its second edition at the end of 2017. He is also the co-editor of Marijuana and Contemporary Health, published by Oxford University Press, and an assistant adjunct professor at Yale University and an institute director at the University of Florida.