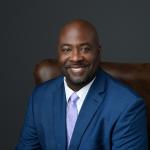 Standing at 6’9”, Jermaine Galloway can look intimidating. But in fact, he’s a devoted, passionate man who cares about America’s (and beyond) youth and communities. That passion informs what he does with Tall Cop Says Stop™.

Now a Texan by choice, Officer Galloway worked in Idaho law enforcement for over 18 years.  His various assignments have included:

He has trained fellow officers, judges, educators, community leaders, and many others in issues relating to drug and alcohol abuse. These issues include:

Jermaine Galloway has published articles in American Police Beat Magazine and various newspapers. In 2015, his program You Can’t Stop What You Don’t Know™ was highlighted in the book Clearing the Haze by Dr. Christian Thurstone and Christine Tatum.

Officer Jermaine Galloway has received such prestigious honors as: