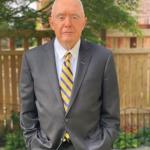 General McCaffrey is President of his own consulting firm,www.mccaffreyassociates.com and serves as a national security and terrorism analyst for NBC News. McCaffrey served in the United States Army for 32 years and retired as a four-star General. For five years after leaving the military, General McCaffrey served as the Director of the White House Office of National Drug Control Policy (ONDCP). He has served on many boards, including Chairman Emeritus of the Addiction Policy Forum Advisory Board and Averhealth’s Board.